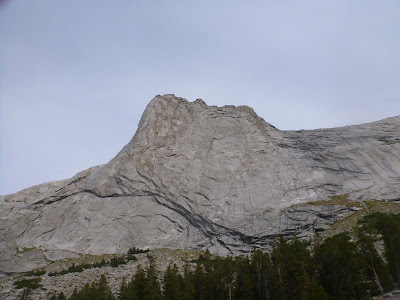 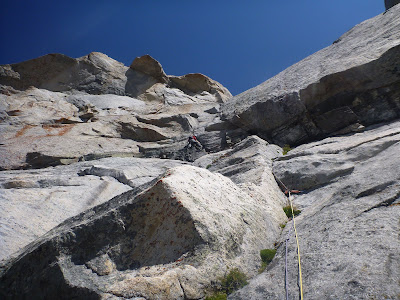 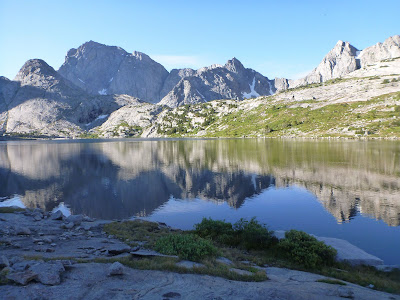 Deep Lake with Temple in background

This summer has been a little crazy and my time for climbing has been close to zero. My focus has been more on work and competing in skiing which has been very rewarding and fun. I have not been able to get into the mountains and climb as much as I would have liked. My boyfriend Brian and I always try to get into the wind rivers once a year so this past weekend we saw good weather and decided to go for it! The Winds are the mountains that I grew up in because my family manages the Big Sandy Ranch at the base of the Winds and they really were the only mountains I knew until I was 19 and started exploring the Tetons. I never climbed in the Winds until about 6 years ago and it was like a dream come true because I had always looked at the Cirque and the Deep Lake area and wondered what it would be like. We decided to go to the Deep Lake area and had a route on Haystack planned and Lost Temple Spire. We camped at Clear Lake and the weather could not have been better, no bugs and perfect temps which is hard to come by in the Winds. 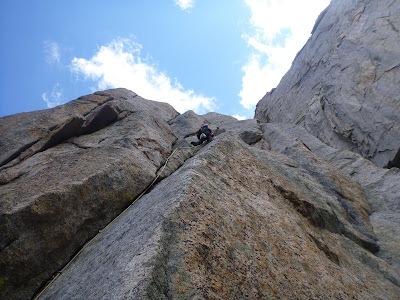 Climbing has always been my nemesis, no matter how long I climb it never gets any easier and I do not see myself getting any better. Also a majority of the time it is type 2 fun, which means I love it afterwards, but during I feel that my nerves are all over the place. But for some reason I keep going back for more and look forward to the long days in the mountains. I am still not comfortable leading trad and I am okay with that being a professional follower has been great. ( ha ha) I get to climb some fun routes! The first route we climbed was on Haystack, we originally wanted to climb Major Diehedral, but did not have enough time so we decided to climb Flash Flood to the North Face. This was a 10 pitch route total, with some challenging climbing, but really fun and we topped out on Haystack at 7 pm as the sun was setting over the mountains and valley. The next day we decided to do Lost Temple Spire, which was about a 2 hour approach from camp and harder climbing. It was beautiful route, but a little above my climbing abilit for how much I had been climbing this summer. I get so frustrated when I feel that I have improved climbing, but then each year I feel like I am starting over. Maybe this is partly why I love it, always a challenge and nothing compares to being on a beautiful mountain or wall! What an amazing trip and I can’t wait to climb again even if Lost Temple Spire got the best of me!! 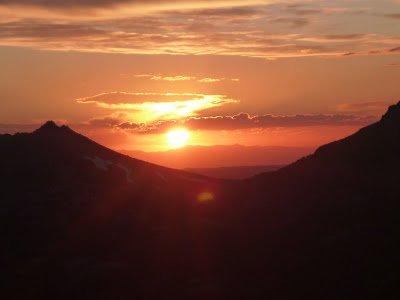 Sunset from top of North Face of Haystack