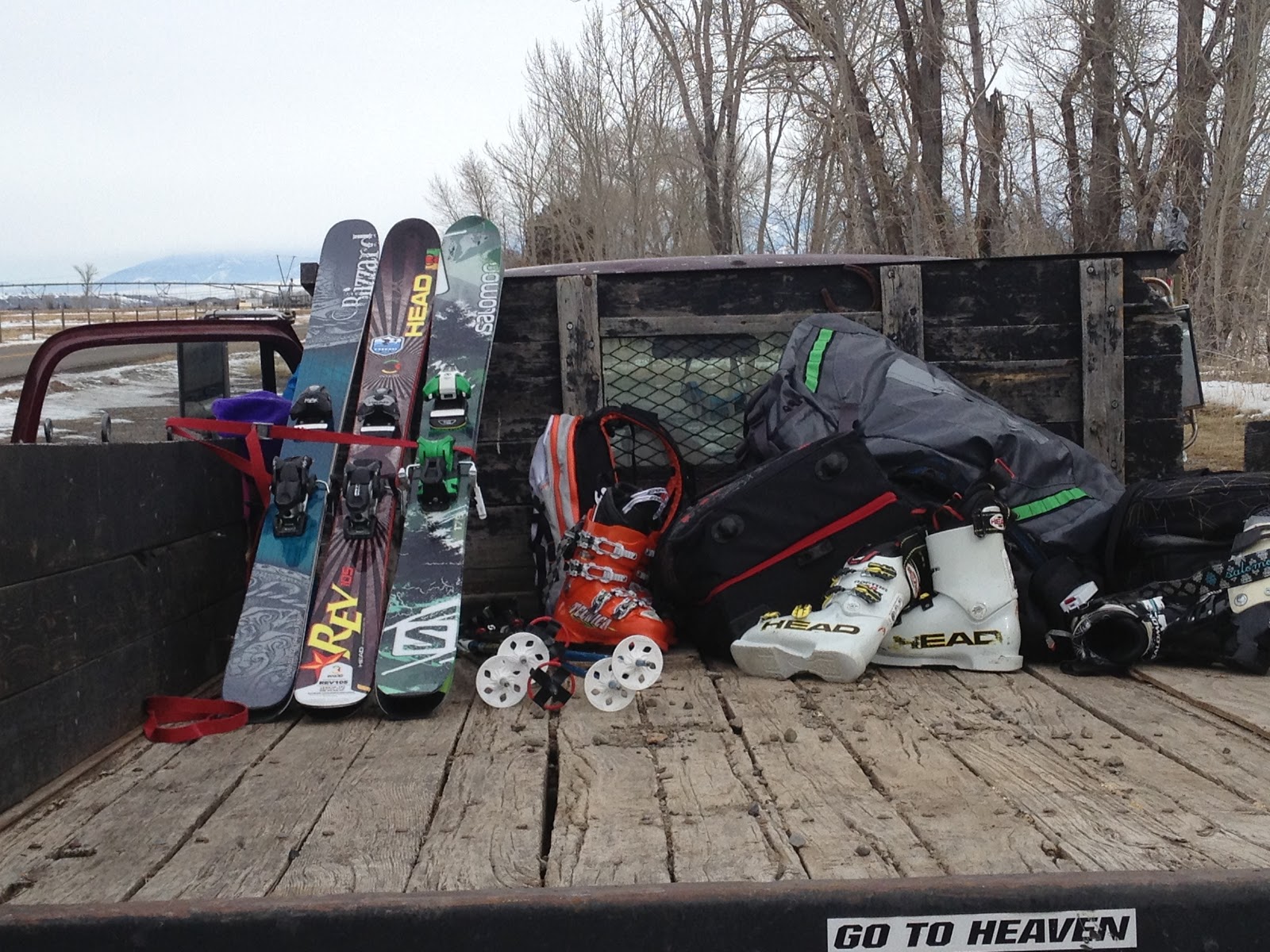 Save a Horse Ride a Cowgirl!

I recently was asked to film with Warren Miller for the Montana segment. I could not believe that I  was being invited to ski with a company that I had been watching their movies for years! The last few days have been a bit of a whirlwind, I flew home from Europe Sunday worked all day at the gym on Monday and arrived in Bozeman late Monday night. ( need to take advantage of all opportunities!) Tuesday started the next succession of early mornings and long days of filming. The first day we skied at Bridger and just milked some of the trees and tighter lines, because the weather and light was not ideal for shooting. The next two days we spent in Beehive Basin, which is a beautiful touring area near Big Sky. On the first day of Beehive  I woke up still fighting a small cold, which makes it hard to have  the full energy to ski and skin. I forgot my transceiver and had to come back to the hotel and get it and try to catch up with the rest of the team. I could not believe it I was already blowing it on my first shoot! We did not communicate very well and I came back and started skinning up into the wrong area. After and hour of touring I could not find the group and the photographer Pascal had to come meet me so I could get to where everyone was skiing. This was not a good start for me, junk show! We filmed in the trees, which made for beautiful artistic shots in the powder, but it was hard to get the exact shot that they wanted. We filmed two full days in the trees and I think out of 10 shots, I maybe got one right. I was not sure what I was doing so wrong, I have not done a lot of filming so this has been a great learning experience, but also very challenging for me. It is amazing to see how hard the the director Chris Patterson, his camera man Logan and Pascal the photographer work. They are incredibly hard workers and their attitudes match. As athletes our typical day involved taking our skins on and off probably 6 to 7 times and skinning back up and skiing a few turns.

Today we did a lifestyle shot, which involved a bit of acting, or should I say singing. We used Keely’s dads old truck a 1974 Dodge and loaded all of our stuff up into it and Chris shot us driving up and down the road singing the Big and Rich song Save a Horse Ride a Cowboy. Since we were three ladies we changed the lyrics to save a horse ride a cowgirl! This was very fun to see the production that goes into shooting a small segment like this. Chris a few times was hanging out of the back of the truck as we drove behind another shot involved mounting 125,000 dollars worth of camera gear on the hood of the truck. We had to sing the Big and Rich song over and over, the good thing is that our voices will not be used just our lip movements! We tried to sing the song the best we could but we are skiers not singers. We changed the lyrics a bit, but here is what we sang over and over. It was an incredibly fun day and it is so fun to work with people that are such professionals! Tomorrow some more skiing at Big Sky! We are hoping for sun!

“I am a thourougbred that is what he said in the back of my truck bed getting buzzed on suds on some back country roads we were flying high fine as wine having ourselves a big n rich time and I was going just as far as he would let me go but his evaluation of my cowgirl reputation had me begging for salvation all night long so I took him out, sang him every Willie Nelson song and we made love and I saddle up my horse and I ride into the city and i make a lot of noise because the boys are so pretty riding up and down broadway on my own my old stud Leroy the boys say save a horse ride a cowgirl!”

← Play time in Chamonix!
Moving on up, but not quite enough! →