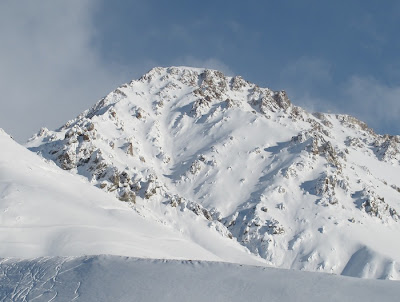 Since I have been skiing in Lenas I have been having a hard time with my leg, the muscles are just incredibly painful.  It has been really difficult on my confidence. I woke up this morning feeling a little more nervous than usual, but was excited to compete. I could not believe that we were actually competing. The snow was incredibly challenging and during inspection I changed my line to fit the new snow conditions. The bottom half of the venue was frozen ice chunks which was  difficult to ski. I knew my line really well and just hoped I could ski strong to the bottom. I started to get really nervous at the start because I had not skied  since I broke my leg and definitely had not taken any air since Fat Bastard. ( the air I broke my leg on) Four turns into the competition there was a mandatory man made air that the athletes had to hit. As I left the start I told myself I could do this, I can ski. I threw a small spread eagle on the kicker laughed at myself and then gained some confidence when I did not feel the pain in my leg. I skied fast into my first air and continued to try and keep my speed through the rest of my features to the bottom of the venue. As I approached 3/4 of the way down my legs started to burn. I just wanted to stay strong and on my feet.

As I approached the finish I was greeted by a cheer of people and my other competitors that had skied  before me. Being done was the greatest feeling and I realized why I love this sport because it is always so humbling physically and mentally. I felt that I was in contention, but it was in the hands of the judges and it is always hard to tell. When the results came out I was so nervous to look. When I saw that I was in first by 2 points I could not believe it! There was an amazing group of female skiers and I was sitting in first. It has been a really long time since I have been in this position. I hope I can hold onto it through tomorrow. Psyched!!!!!! 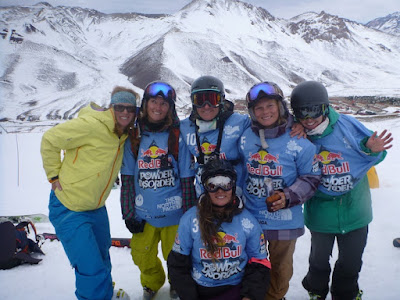