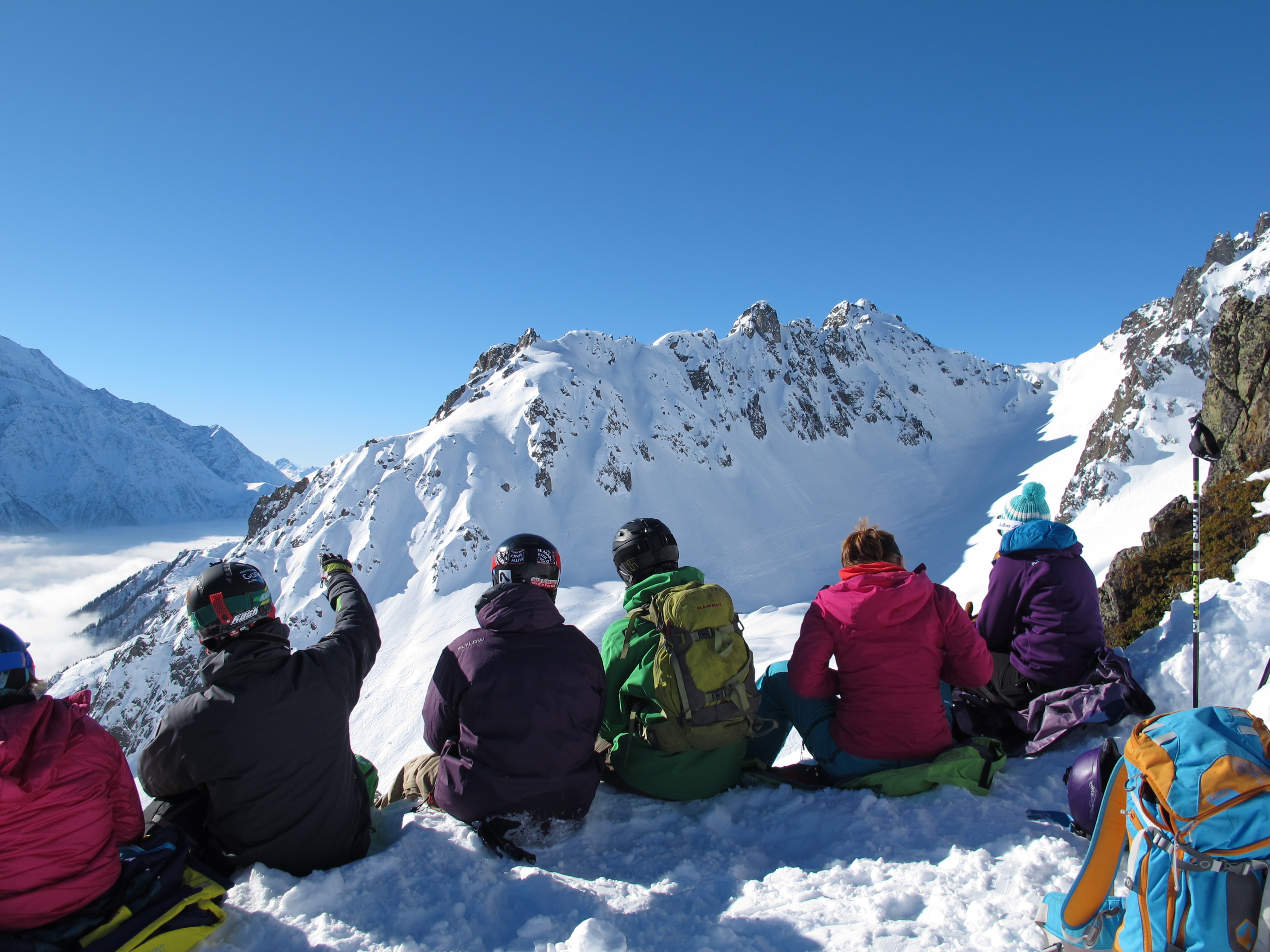 The competition did not pan out the way I wanted it to, but I did receive 5th place which is good to have for points. I was having a very hard time choosing which line I was going to ski and I did not choose between the 2 lines until the start. Usually I know what I want to ski the night before so this was a little different than the normal routine. After Revelstoke, crashing and having tough conditions my confidence had taken a big dive. It is amazing how mental this sport it! This has already been a tough start to the year coming back from 2 injuries and trying pick up where I left off at the end of the season last year. The decision was to go with my plan A, which was a steep chute with only one air with a very fast landing. I knew that one air was not going to be enough unless I skied it with no hesitation. I have fealt a lot of pressure as well being one of the reigning world tour champions and Christine who is the champion from the Europe tour is having an amazing season winning the first 2 stops thus far. It is very hard to not let all that get into your mind!
As I left the start gate my nerves were far to high and I was not my normal charging self from the gate. I entered into my section and it was very steep, tight and chopped up! I tried to ski fluidly thorough, but got caught up more than I thought and hesitated a bit to much for only having one small air. Choosing this line and not skiing it well definitely cost me chance at the podium. It does give me some fire and motivation for the next event, which is in Kirkwood Ca at the end of February. I still had a really good time on my run and competing in Chamonix is a pretty amazing opportunity! 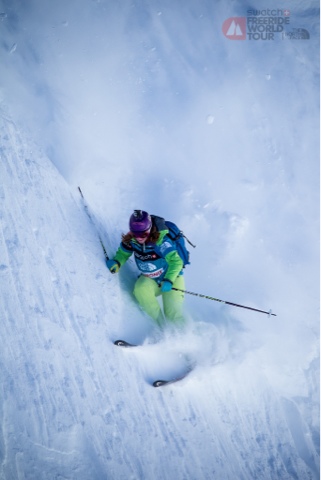