Bariloche and The Frey

After 2 long bus rides we arrived in Bariloche to pouring rain. Bariloche is a very cool hip city along a large lake called Lago Nahuel Huapi. Looking at the weather forecast the only clear day looked like the next day. It poured rain the entire evening, which meant it could be snowing up high. The next morning we boarded a crowded bus up to the ski area of Cerro Catedral. The ski area itself was very crowded and did not have a ton of terrain, we were able to find some good powder though! The mountains that lay in back all around Catedral were a different story. Huge peaks with beautiful spires lay all around. We had a fun ski day in the sun and then headed back to Bariloche, our main goal with coming to this area was hopefully to ski near those peaks and spires by going to stay at Refugio Frey. The weather again did not look promising and we were stuck hanging around the city for 3 days hoping the weather would break before we had to head back to Santiago. 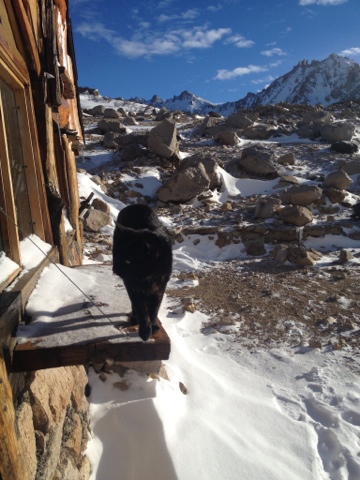 After 4 days we received our window, we were a little concerned about all the precipitation in the past three days that we decided to take the hiking trail to reach the hut. We strapped our skis to our packs just bringing a sleeping bag and some pesos and set out on an adventure. We walked through mud and rivers that had been created by all the rain. Eventually after 3 hours of hiking with our skis and boots on our backs we were able to put our skis on and start skiinning. After only a few minutes of skiinning the trail become very thick with some type of bushes that later I came to know a little to well. I lost the trail and spent the next 2 hours battling my way up through the thickest trees and bushes I had ever seen. Finally arriving at the Frey I was welcomed by Basco the hut caretaker, Emilio the cat and Morgan who thankfully had found the trail. 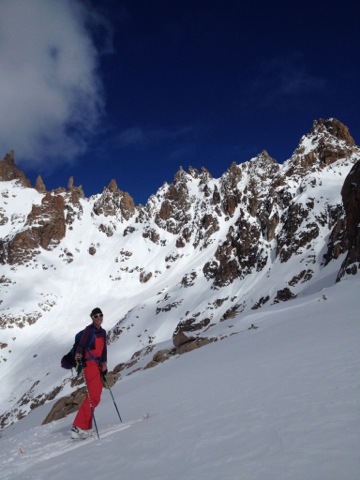 The Frey looks out onto an amazing lake with tons of little couloirs and spires in the background. It was so nice to have a cold beer and a hot meal in the middle of this beautiful place! The next day the weather was beautiful and we set out to check the snow condtions and ski some couloirs. The snow was a little interesting, but we were able to ski some fun lines beforeit heated up. We met up with a canadian couple that were super fun to ski with and skied 3 really fun lines that day, two of them being couloirs. We arrived back at the hut after an awesome day and besides two other peoople that came to the hut that night we had the place to ourselves. The next morning we had to get back Bariloche so we skied one last couloir early before breakfast. It was my favorite one of the trip, it had all kinds of snow conditions, it was steep and had a small crux in the middle. We then made the 2/1/2 hour skin out to the ski area and back to Bariloche. What an amazing trip and cant wait to go back and explore more in that area! 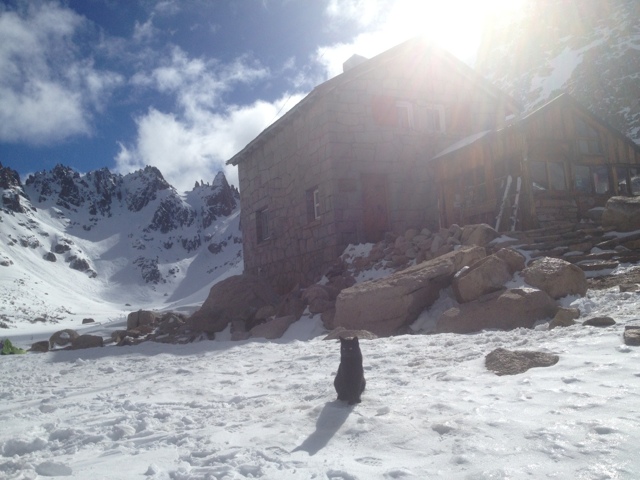 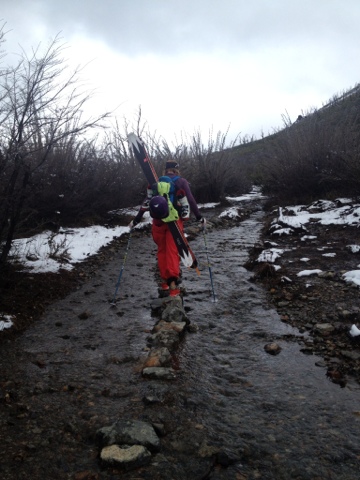 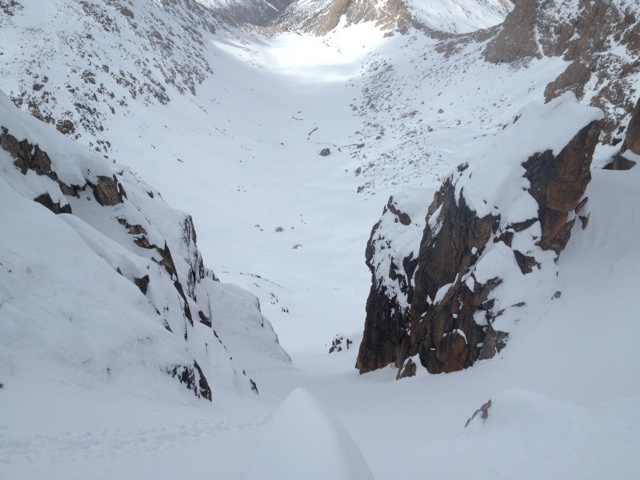 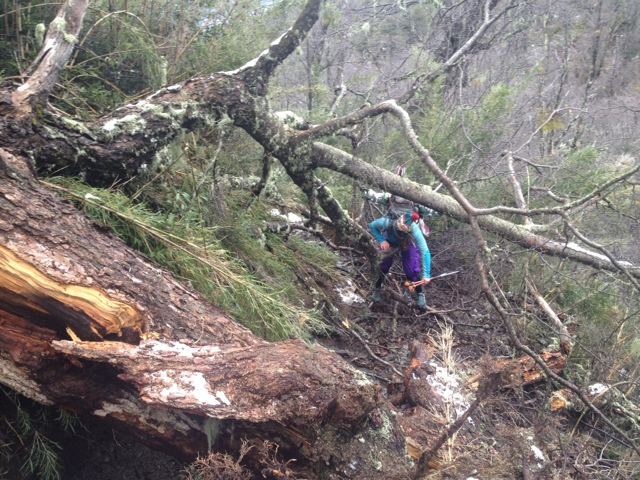 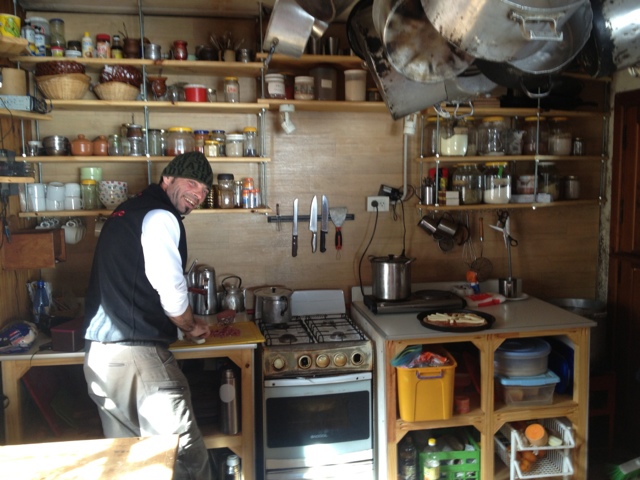