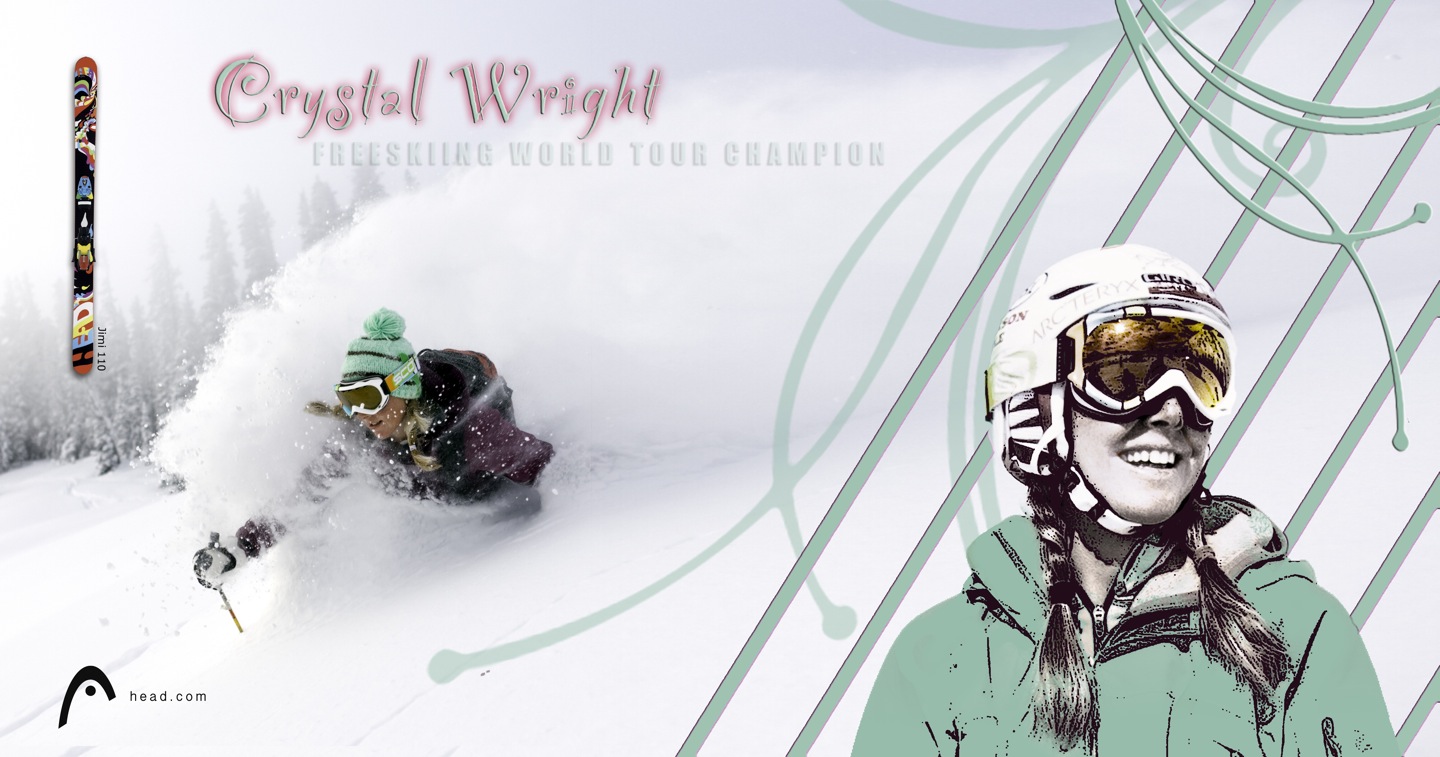 The creation of the European-based Freeride World Tour has taken freeskiing (also called extreme skiing) competition to a whole new level.  Athletes that areawarded one of the few coveted spots on this circuit get the chance to competeon massive, unskied faces in mountains around the globe, from Russia to Europeto North America for over $200,000 US in prize money.

I caught up with Jackson Hole-based freeskier Crystal Wrighton one ofthe biggest powder days of the season in Jackson Hole.The girl skis fast off big cliffs, stomps landings in powder or hardpack, andshe is ready to show off on the world stage. We chatted about how it feels tobe invited over to Europe as a Freeride World Tour rookie, the coming onslaughtof the European media, and what she’s packing besides big skis.