First Turns of the Season!!! 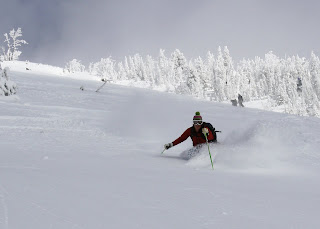 Monday and Tuesday we had a huge storm sweep through Jackson depositing about 41 inches of snow! It was crazy because two days prior I was hiking Jackson peak and mountain biking. We hiked glory bowl and skied twin slides, which actually had really good coverage and I was able to ski more aggressively than I expected! We then skinned over and skied Avalanche Bowl, which was as good as it gets in my opinion, really light and fluffy snow! It felt great to get back on my skis again in Jackson Hole! I have been spending a lot of time at Mountain Athlete trying to get strong for the upcoming season. Doing a ton of strength and agility exercises. Also have been teaching about 4 ski fitness classes and hoping to get the rest of the ski bum community in shape for the season. I hope we have an amazing winter in Jackson!!! 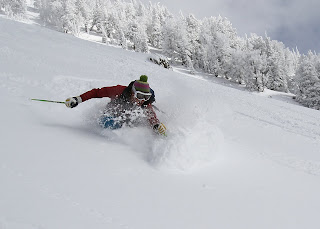